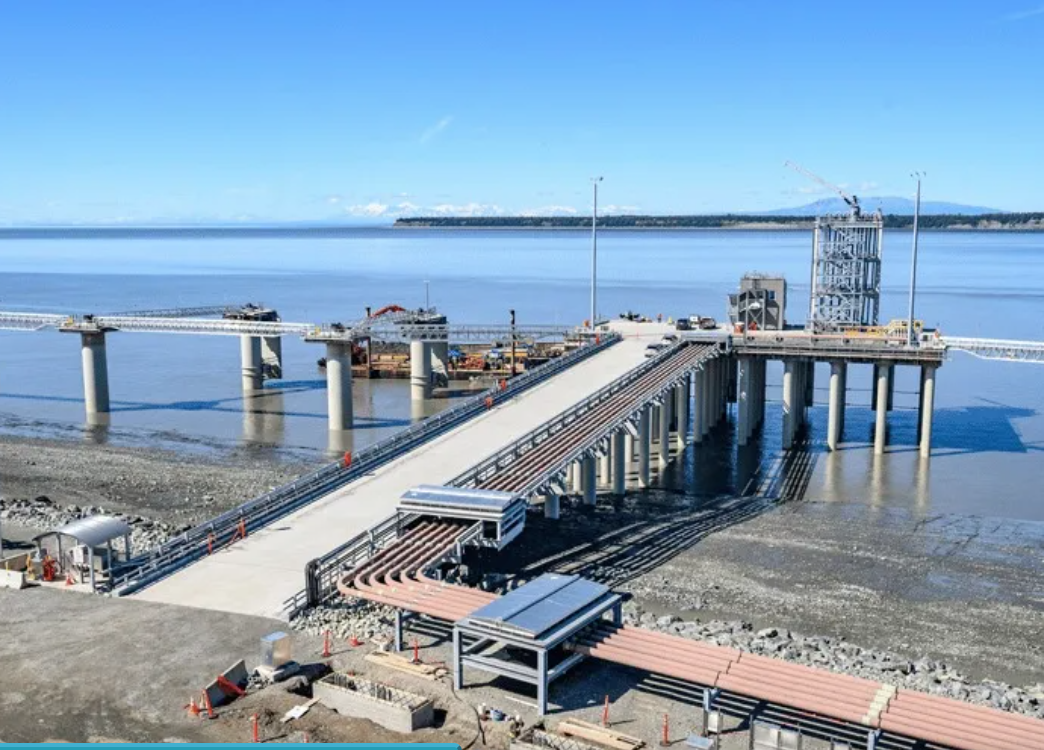 The construction of the five-part Port of Alaska (Anchorage) modernization project began in 2020 and is still well underway, with an expected completion date of 2028. Currently, the project’s first phase has been completed, and the total cost of the project could reach as high as $1.8 billion.

The port is a key transport hub for freight movement, linking marine, road, rail, pipeline and air cargo systems with communities all across Alaska’s 665,4000 square miles. The port handles more than 3.5 million tons of food, building materials, cars, clothing, cement and other goods that Alaskans need every day. If it’s needed in Alaska, it’s probably coming through the port.

The first terminal to be constructed was the port’s Petroleum and Cement Terminal (PCT). The new terminal replaces the port’s primary petroleum terminal, which opened in 1965. The previous port suffered significant structural damage in a November 2018 earthquake and had become severely corroded.

The PCT will is a pile-supported dock located south of existing terminals and adjacent to a cement-storage dome. It will replace Petroleum Oil Lubricants Terminal 1 (POL1), Port of Alaska’s primary petroleum terminal and Alaska’s only dock equipped with a pneumatic, bulk cement unloading and transfer system. 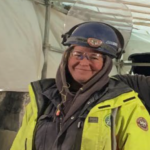 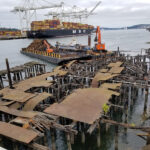 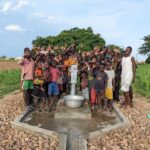 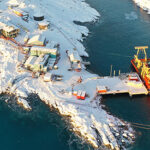