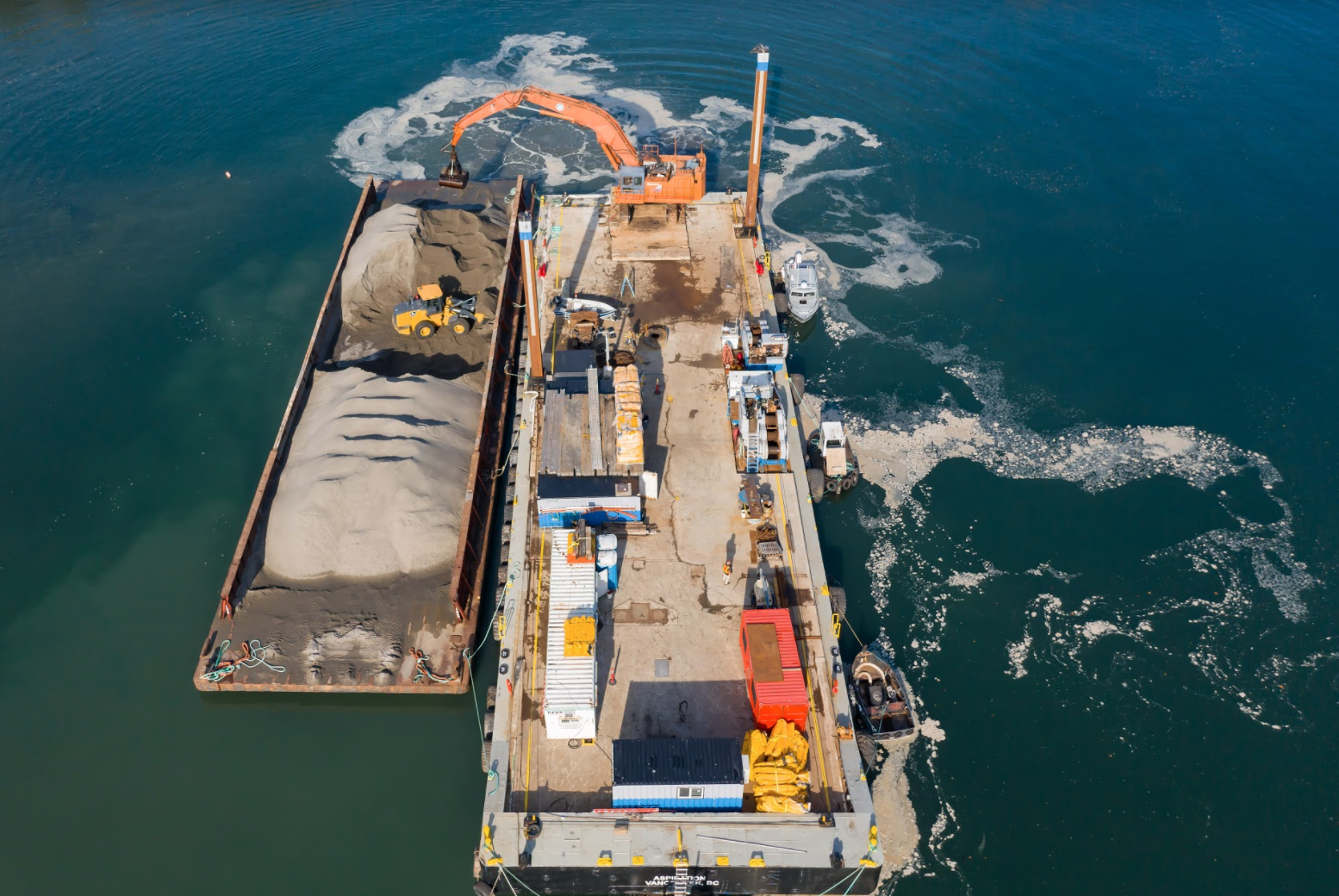 Pacific Pile & Marine Civil Constructors utilized barge-mounted construction equipment that was required to cross over the shallow Southern intertidal area during a high tide before the start of dredging. The Southwest Channel was dredged using the barge-mounted clam-shell dredge to facilitate placement of material from the Southwest Channel into the Northeast Basin.